This month’s blog is an expression of the rich international cultural life at the Arava Institute. From Japan to Chile, from traditional Arabic Dabke dancing to South African Poyke stew the Institute’s students and staff are having a global adventure in a local environment. Enjoy!  David Lehrer 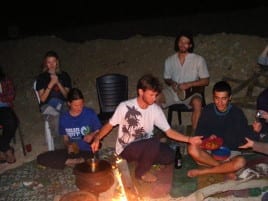 On March 4, the Arava Institute held the Spring 2014 Culture Night. During the evening students presented skits, songs, poems and performances from their culture. Highlights of the night included dramatic German poetry, traditional Dabke dance lessons and Poyke (a kind of stew) around the fire led by the Israeli students. Additionally, students prepared a feast of delicious ethnic cuisines from their home countries.

On March 18, the Campus Life Team organized a Talent Show, which featured a number of Arava Institute students and interns, who entertained the group with music and dance. The night’s festivities were enriched by the participation of  visiting students from Vassar College who joined the group as they enjoyed improvisational games late into the evening.

Both of these campus events celebrated the differences of the Arava Institute, while bringing the community together, in a creative and accepting environment.  Submitted by Aviva Gottesman and Yelena Galperina

Defining and Honing the messages of the Arava Institute 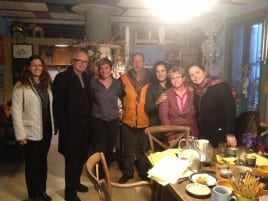 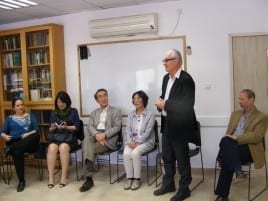 Friends of the Arava Institute Visit From America 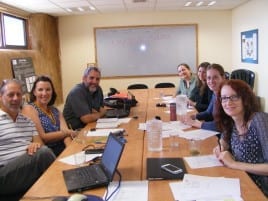 During the last week of March, the Institute hosted Branwen Cale, National Executive Director of the Friends of the Arava Institute and Elizabeth Green, Donor Relations and Communications Manager. Traveling from Boston, Massachusetts, Branwen and Elizabeth spent the week participating in a communications retreat and meeting with the academic and development staff at the Institute. In addition to a number of productive and informative meetings, Branwen and Elizabeth were able to takeaway valuable insights regarding exciting developments at the Arava Institute, which they are looking forward to sharing with their North American constituents. Submitted by Elizabeth Green 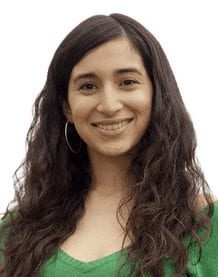 The Arava Institute is excited to welcome Melton Foundation Senior Fellow, May Garces to the intern community this semester.  A native of Temuco, Chile, May has volunteered with indigenous communities in Chile and social organizations from a very early age. Her involvement with the Arava Institute began in August 2013 when David Lehrer, Abby Lutman, and Shmuel Brenner traveled to India to attend the Melton Foundation’s Global Citizenship Conference. During her time at the Arava Institute, May is working with  Shmuel Brenner on a project collaborating with artists in Israel to promote peace and global citizenship through art. Some of May’s talents include salsa dancing, singing, drawing and writing. Submitted by Yelena Galperina