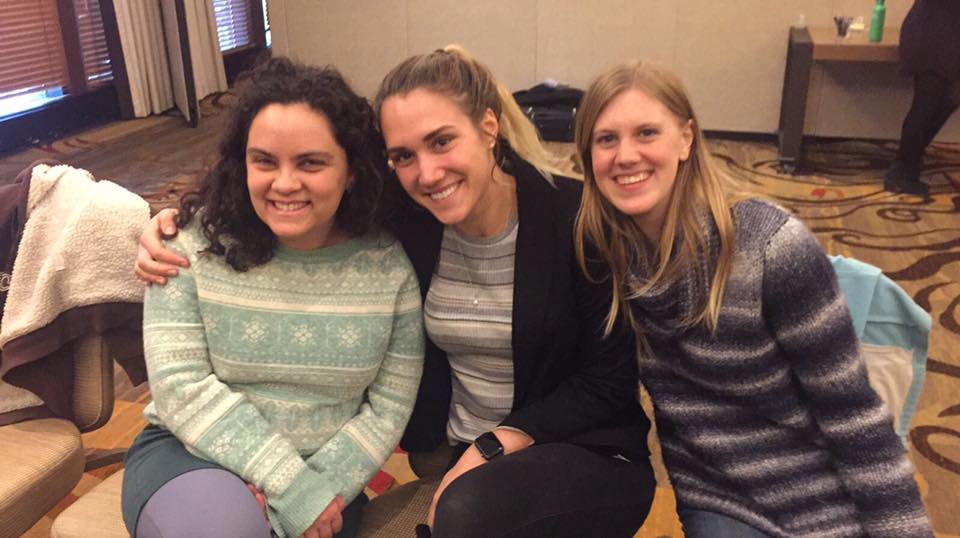 Since leaving the Arava Institute last summer (has it been so long?) and coming back to the states, I have tried my best to stay in touch with my fellow alumni in and out of the Middle East. Thankfully, the nearly 1,000 alumni of the Institute make it pretty easy to do so, with semi-monthly alumni Skype calls, a very active Facebook community, and of course the magic of WhatsApp groups.

There’s something special about being a part of the Arava Alumni community. You can meet an alum who studied 10 years before you (or after you), and you will immediately have an unspoken connection with him or her. You both went through a similar, yet shared experience that no one outside of the Arava community can fully understand. Yes, there are a plethora of coexistence and dialogue groups that bring together Jewish Israelis and Palestinians, but none (that I am aware of) also bring in Jordanians and Internationals to not just learn about transboundary environmental issues but also to take part in a peace-building leadership seminar to talk about the Palestinian-Israeli conflict, multiple narratives, identity, culture, and so much more. Oh, and we do all this on an isolated kibbutz in the middle of the Arava desert.

That’s why I was so excited to fly to Philadelphia this last weekend for the North American Arava Alumni Conference. I knew nearly no one else who was going, but I also knew it wouldn’t feel awkward walking into the conference with a bunch of strangers. And of course, it wasn’t. I connected just as easily with the Alumni from 2000 as I did with those who studied at the Institute in 2015. The short weekend was packed with exciting activities, including special guest speakers such as Arava Institute founding faculty Rabbi Michael Cohen, and feminist scholar and political/social activist Leena Akhtar, a tour of the Liberty Museum, and an alumni career panel where we learned what some of our fellow alums have been up to since leaving the Institute. We also got a chance to talk about what we, as North American alumni, can do to put our thoughts and words into action. While this conversation has only just gotten started, it got me thinking about the potential we have as Arava Alumni. There are over 350 of us just in the US alone, and I truly believe that the sum of our experience and knowledge is greater than the whole of our parts. If any of my fellow North American Alumni are reading this post, whether you were at the conference or not, I hope you will join me in continuing this extremely important conversation. While it may be slightly more difficult to come together physically as the US is slightly larger in area than Israel/Jordan/Palestine, that should not deter us. While trying to sound as politically unbiased as possible, I am worrisome that some of the recent and future actions taken by the American Federal Government will have negative effects on not just the environment, but also on people-to-people focused organizations in the Middle East that work towards peace, including the Arava Institute. And this brings me to the second part of my post.

After the conference concluded, I did not go straight back to my home in Boulder, Colorado. Instead, I hopped in a car with fellow alumni Josh Neirman and Karolinka Sowulewska, and drove south to Washington, D.C.. I was fortunate enough to be asked by Rabbi Michael Cohen to attend an advocacy/lobbying day organized by the Alliance for Middle East Peace (ALLMEP) on Capitol Hill to represent the Institute. I was joined by a couple dozen other representatives of other organizations I follow, including Kids for Peace, OneVoice, and Build Israel Palestine. We spent an entire day running (in some cases literally!) back and forth around the Hill to meet in the offices of Representatives like the Democratic Whip, Steny Hoyer in the Capitol, to those of Senators Marco Rubio and Tim Kaine. To say it was exhilarating would be an understatement. One moment I was walking out of a meeting in the Capitol where the Vice President was having a meeting next door, and the next moment Representative and Civil Rights legend John Lewis walked past me in the hallway. I most definitely got caught up in the awe of meeting in the offices of people I hear about on the news, but I was also there to help deliver a message to congress.

We were on the Hill on Tuesday for two purposes. One was to remind our congresspeople of the very important work that people-to-people organizations in Israel and Palestine do to help promote peace in the region, and to urge them to keep supporting our work. While interning with the Institute’s Center for Transboundary Water Management, I worked closely on two projects funded by the dedicated fund from USAID’s Office of Conflict Management and Mitigation (CMM), and have personally seen the results of these beneficial projects. Secondly, we were there to urge congress to support a bill that is Republican led and has bipartisan support that would secure even more American and international funds for people- to-people organizations like the Arava Institute that work towards peace between Israel and Palestine.

I feel incredibly honored to have been able to represent the Institute for this event. I originally came to the Arava Institute a year and a half ago thinking that I would have a great experience just doing a research internship on transboundary water issues at an environmental institute in Israel. Little did I know of the long-lasting impact the Institute would have on me in so many other ways and lead me all the way to my nation’s capital where I shared my personal experience at the Arava Institute and all the ways it affected me with my nation’s lawmakers.

Every day I am inspired to learn what a fellow Arava alumnus/a is doing since he or she left the Institute, whether it is helping to write policy for an environmental non-profit, or doing research on mushrooms in Brazil, or teaching high school and college students in Connecticut and Boston, or working under Senator Bernie Sanders. I am proud to be part of this incredible community of change-makers and do-gooders, and am excited to see what we can accomplish next.