Director’s Blog: Who will be held accountable? 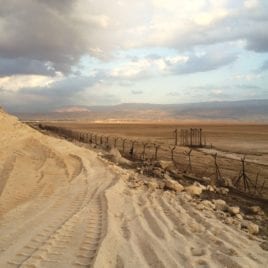 Prior to the tsunami of recent international events dominating newspaper headlines, breaking news banners, and new media posts, the Trump administration had just announced major cuts in many US government department budgets, especially the EPA and the US State Department. On March 28th, as a follow up to these indications of sweeping policy change, the new administration announced an executive order on Promoting Energy Independence and Economic Growth which rescinds numerous Obama administration executive orders and memorandums addressing climate change and unwinding US policy meant to reach compliance with the 2015 Paris Accords on Climate Change. It is certainly understandable that a gas attack on innocent civilians and the subsequent US military response, terrorist attacks in Europe and Egypt, nuclear weapons testing by a rogue nation, and the rapid deterioration of relations between the two superpowers will quickly shove aside the attention given to US policy debate. Urgent life threatening issues will always trump (sorry) something so science-heavy and long-term as climate change, even though the threat to the planet’s environment may be just as deadly. The World Health Organization projects that between 2030 and 2050, 250,000 additional people per year will lose their lives due to heat stress, malnutrition and the spread of infectious diseases all due to the rapidly changing climate. The dismantling of the Obama Climate Change Plan not only shifts the US away from a pathway to meet international targets for average global temperatures, but also is a signal to all nations to abandon attempts to mitigate green house gases. Without US commitment, can we really expect China, India, Russia or Indonesia to stay the course?

There is no debate among scientists about the reality of climate change nor is there any illusion that the world can stop climate change. Scientists estimate that even if the Paris Accords’ goals are achieved, emissions will only be reduced by half of what is needed in order to prevent average global temperature increases from rising above 3.6 degrees Fahrenheit thereby locking the world into rising sea levels, severe droughts, destructive floods, food and water shortages and extreme weather events. In order to prevent the horrific impacts of climate change on our planet and the massive loss of human life and natural resources, the US must join Europe in leading the world in renewable energy and the elimination of green house gas emissions.

Recent US actions in Syria suggest that the US is changing its policy towards President Bashar al-Assad, holding him accountable for his criminal actions against his own people. Whether this is the sign of a real change in policy with a long-term strategy or simply an impulse of President Trump remains to be seen. In the long run, green house gases may turn out to be just as deadly as a nerve gas attack, but the consequences of a policy which ignores this threat to human life will not be known or felt for many years. President Trump is going to be 71 years old this year. In 2050, when green house gases may have turned our planet into a climate nightmare of biblical proportions, President Trump, if he is still alive, will be 105. Will we bother to hold an old man accountable for his reckless disregard for the well-being of the planet? Will holding Trump accountable then really help my granddaughter, who will be 36 years old and have to deal with the consequences of US policy which placed short-term political and economic gains over long-term sustainability and, ultimately, human life? Holding President Trump accountable when it is too late will be useless; we need to hold him and the US government accountable now, while there is still time to act.

One thing we have learned about President Trump is that he is capable of a 180 degree about-face on policy. Campaign promises and ideological beliefs went out the window when faced with heart-wrenching pictures and perhaps his daughter’s persuasions. Trump’s “flexibility” can be a good thing, especially if we can find a way to convince him to reverse his opinion on climate change as quickly as he did on intervention in Syria, the relevance of NATO, and the appeal of a Russian bear hug.  While international crises will always dominate the headlines we cannot forget that US policy on climate change is shaping the future of our planet.