"In my opinion Israeli politics have to take the Biden and Harris policy to 'build back better' as an example, with an emphasis on the environment. We have to put the pandemic behind us and rebuild the economy, and use the opportunity to incorporate environmental issues. For instance, this is the time to cancel the ill-advised oil transfer agreement with the UAE." 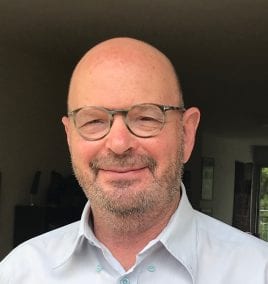 We are excited to announce that social anthropologist Prof. Dan Rabinowitz recently joined our faculty. Prof. Rabinowitz’ PhD research focused on an ethnographic study of Palestinians in Nazareth. From 2013 to 2017 he served as the Head of Tel Aviv University’s Porter School of Environmental Studies. He has been widely published in scientific journals, as well as in over 300 Op-Ed pieces in the Haaretz newspaper.

Prof. Rabinowitz emphasizes his interest in two main fields, from both an academic and a political activism point of view: the Israeli-Palestinian conflict, and the environment. The Arava Institute thus presents a unique opportunity to delve deeper into both issues, and their intersection, as well as engage with emerging environmentalists from the region who chose to face the need to tackle the environmental challenges faced by the Middle East cooperatively. “I very much enjoy teaching, and am looking forward to deepening the connections. I think the choice to participate in this program says something special about each and every single one of the students.”

Prof. Rabinowitz will be teaching two courses during the Spring 2021 semester: Conflict and Cooperation? The Politics and Economics of Trans-border Environmental Issues, and Climate Change in the Middle East and Post-Oil. The latter examines the impact climate change already has on the region, the consequences that might ensue as global warming advances further in the future, and the potential of the region to turn from being part of the problem to being part of the solution. According to Prof. Rabinowitz, as detailed in his recent book The Power of Deserts – climate change, the Middle East, and the Promise of a Post-Oil Era, the Gulf countries in the near future will have the opportunity to play a major role in the development and growth of renewable energies, thus becoming part of the solution to the threat posed by climate change to the Middle East.