A Middle East of Peace, Equality, and Regional Solidarity – Interview with Liel Maghen 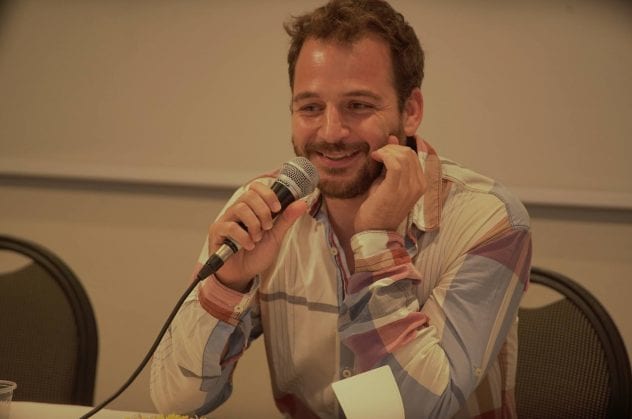 Let’s start with your personal background: Tell me a little about yourself, your family, and how they affect your view of the world?

Both my parents immigrated to Israel from Italy. My father is originally from Libya. Throughout my childhood I felt foreign within Israeli society. There was no experience of Israeliness at home. We didn’t listen to Israeli music at home; there were no Israeli roots like that… We didn’t travel around Israel, nor did we know the country, or the region and the environment… What did exist was an atmosphere of Jewish tradition that focused on the need for a Zionist State. But at the same time there was a strange relationship with Arabic. I would hear Arabic at home from my father and his family, and travel with him regularly to Jaffa to meet with the Libyan family. On the other hand, he had right-wing views towards Arabs, which were expressed in suspicion and mistrust, which mostly stemmed from the trauma he carries as someone who was expelled from the country he lived in when he was twenty…so yes – a Zionist, national, but more European background, and one that feels hostility towards local Arabs. My connection to the country and the environment was built later – through friends, my youth movement, and the army. I started learning about the music, the heritage, the history, and traveled the country. I did a year of civil service at Kibbutz Lotan, and that’s how my connection to the Arava region started. In Lotan I had a very deep connection to the environment. As part of my military service in the Nahal brigade I also served in Kibbutz Samar. This is how the Arava became my home, which was very different from the home where I grew up: desert, cooperative community life, simplicity, connection to nature, an environmental and holistic lifestyle.

And then you got involved in an Arava Institute project…

True, when I lived in Samar, I got to know a graduate of the Institute, Rina Kedem, who managed the Common Paths project. She asked me to run a mud-building workshop, and then at the last minute gave me a bigger role – counseling a mixed group of Arabs and Jews throughout an entire seminar… I grew up between Intifadas, with periods of terrorist attacks and hostility, and was afraid of the “Arabs”. This was the first time in my life that I spoke to Arabs. This was a very special experience that led to a lot of curiosity. Through this project I learned about the connection between the environment and socio-political change, and this was my initial contact with the Arava Institute – through an alumni project.

Talk about your experience at the Institute

Because I loved life in the Arava so much, I was looking for a way to continue living in the region, and I found the program of the Arava Institute. I studied at the Institute for two semesters. But they were very different from each other.
Wow… I really miss the Institute. That was one of the best times in my life. I had such a great time. And I have not experienced anything like it since – a combination of very rich community life and experiential and in-depth learning. We kept organizing things for ourselves, and there was a very accepting atmosphere. Meals…people…hikes…yoga…music…projects together…really fun….the possibility to fulfill things, and a very strong sense of community…and all of this within the kibbutz that took care of our food and everything else. In addition, it was the first time I lived together with Palestinians and Jordanians, and we learned about the region together.
I visited the West Bank and Jordan for the first time. This was very enriching for me, and opened up my mind, and I got a completely different perspective on the region, on its history. At the Institute, we studied the environment through a social approach that allowed us to talk about the issues, get to know them and experience them – and understand our interdependence through them.

What are you doing today?

Honestly, I’m involved in a lot of things, but at the same time I also feel like I’m running in place. There is some feeling of being stuck and I do not have the drive that I had in the past. There is a strong sense of need for a paradigm shift, and perhaps a way to ask new questions and create new projects that are not at all similar to what we have done to date. I am mainly involved in regional initiatives, all of which are attempting to redefine things through a re-framing of the region beyond national borders.

The Young Professionals Forum (YPF) is a part of the Institute’s Track II process, which seeks to influence the situational reality in various ways through projects and recommendations for cross-border policies. We wanted to expand the framework of the Track II Forum, in order to allow younger people to take part in it, so that there would be different kind of meetings. Slowly, after meetings in Jordan and Cyprus, we developed our own projects. Following a great meeting in Cyprus, a working community was formed, that meets regularly, to put our minds together and formulate a vision. This is fertile ground to create more things. We are in the process of designing the YPF organizational structure, dividing into work groups, and formulating our mission and working procedures. One working group has created a very important project in my opinion, called Badeel. The idea is to become an advisory body to the private sector regarding regionalism and regional cooperation, and to establish joint advisory teams that live this cooperation on a daily basis. We are setting it up as a cooperative, with the aim of promoting the values of democracy, and cooperative decision-making. This is something revolutionary. I don’t know of any such framework that exists at the moment. It is a new language, fundamentally different from the way the economy works in the region.

The Sinsila Center is a new environmental center that we established in partnership with the Muslala project under the leadership of Tariq Nassar. It is located in the Sheikh Jarrah neighborhood in Jerusalem, and offers courses in beekeeping, urban agriculture, and permaculture, with an understanding of the connection between sustainability, urban living, and community life. We have recently started laying the groundwork for the establishment of a new women’s cooperative that will sell products from all the various projects, along with the establishment of a community café at the Sinsila Center.

Middle East Initiatives (MEI) is an organization I set up with some friends as a framework for fundraising, which includes a number of projects, including social media pages in Arabic to show that there are Israelis who are against the occupation, and also an appeal to the Gulf States; an Israeli-Palestinian healing project; and a project that examines the connection between racism, the struggle of Ethiopian immigrants, and various social struggles in Israel and the Arab world.

UNAS is an alternative group of artists from the region. It is an attempt to create meeting opportunities of cultural figures, artists, and producers in the region. In the past we organized meetings in Sinai, Jordan, Cyprus. After the recent agreements with the Gulf States, we wanted to create a framework that would allow for meetings of delegations, and festivals. The vision is to create an inter-regional connection that is less facilitated, and more social and personal, because in our opinion this is where real connections between people are forged. This brings me back to the Institute: The personal connections we create between us, the students, became the motive for important processes in post-Institute life. This is something I think we should learn how to formulate, creating “spaces of interaction” instead of “programs”. This is exactly the strength of the Arava Institute – a community that mixes and lives together over a significant period of time. There is no other place like that. There is nothing stronger than living together.

What is your vision for the Middle East? What will it look like in your opinion?

My vision is that we will share a feeling of solidarity with a joint Middle-Eastern identity, under which will live in peace, equality, and partnership with multiple identities – Jews-Arabs, Christians-Muslims, Sunnis-Shiites, Kurds-Turks… The Middle East is a very diverse, non-homogeneous place, and that is its beauty. And at the same time, it is important to internalize the deep understanding that we are all part of this area, which requires us to be in touch with the “the other” regularly, learn about them, understand their roots to this place, and most of all, tell a story of belonging which does not push out the other but weaves all of us together as part of this regional tapestry.

I want people to live in a diverse state on a daily basis, and not stick to their own national/religious narrative. This means that we Jewish Israelis will be integrated into the Middle East, its history, the Arabic language, and daily contact with people from the region. Similarly, people from neighboring nations will do the same, within an alliance that may be similar to the European Union, or the Federation of Indian States. From there we will start telling another story – one of a generalized Levantine/Semite Middle East.

The environment has a central place in this new story. The connection to the land, the common destiny, and the confrontation with environmental challenges is a foundation that can bind us together. We face huge regional challenges – the climate crisis, desertification, widespread environmental destruction, along with an ever-increasing population. Unemployment, violence, immigration, pollution, food shortages are all central in this area. The question is whether we will have a common destiny, or whether it will be a battle for resources, which would cause us to live in appalling inequality. The shocking gaps that already exist today – Israel/Gaza, the Gulf States/Yemen – will get even worse, unless we learn to cooperate.

What motivates you?
The heart
What gives you hope?
My nephews
The person who influenced you the most?
Rina Kedem (Arava Institute alumna)
What scares you?
Failure
The Arava Institute is celebrating 25 years this year – what do you wish the Institute for the next 25 years?
That it will open regional campuses in Jordan, West Bank, and the Gulf.
What do you like to do in your free time?
Dancing at parties, going to the beach, and playing soccer. I read a lot about the Middle East, and although it’s technically part of my job, I really enjoy it and see no separation between this activity and “free time.”