We are excited to welcome Dr. Tareq Abu Hamed as the new Executive Director of the Arava Institute for Environmental Studies.

Dr. Abu Hamed has served at the Institute as Academic Director and Director of the Center for Renewable Energy and Energy Conservation (CREEC) since 2016, after previously founding and heading CREEC from 2008 to 2013. As Executive Director, Dr. Abu Hamed is the first Palestinian to head an academic institute in Israel.

Previously, Dr. Abu Hamed served in the Israeli Ministry of Science & Technology, including 3 months as Acting Chief Scientist of the State of Israel, making him the highest-ranking Palestinian in the Israeli government. He holds a Ph.D. in Chemical Engineering from Ankara University, and an M.A. in Public Policy from the Hebrew University.

Dr. Abu Hamed is a native of Sur Baher, East Jerusalem. He and his wife have 5 children, who have loved spending time on Kibbutz Ketura together.

His vision for the Arava Institute’s future is ambitious: “Shared natural resources and environmental challenges need a cooperative cross-border approach. Ignoring such issues leads to serious consequences environmentally, and to social injustices,” says Dr. Abu Hamed. “My vision is to advance the Institute as a leader in advancing cross-border environmental cooperation – cooperation in research, academics, and community for the well-being and justice of our peoples and the environment – despite the conflict in our region.”

Dr. Abu Hamed replaces Dr. David Lehrer who has led the Arava Institute for the past 20 years. Dr. Lehrer will step into his new role as Director of International Development at the Arava Institute, after taking a sabbatical year as a postdoctoral researcher at Boston University.

We are excited to welcome Dr. Abu Hamed, and look forward to a new era for the Arava Institute. 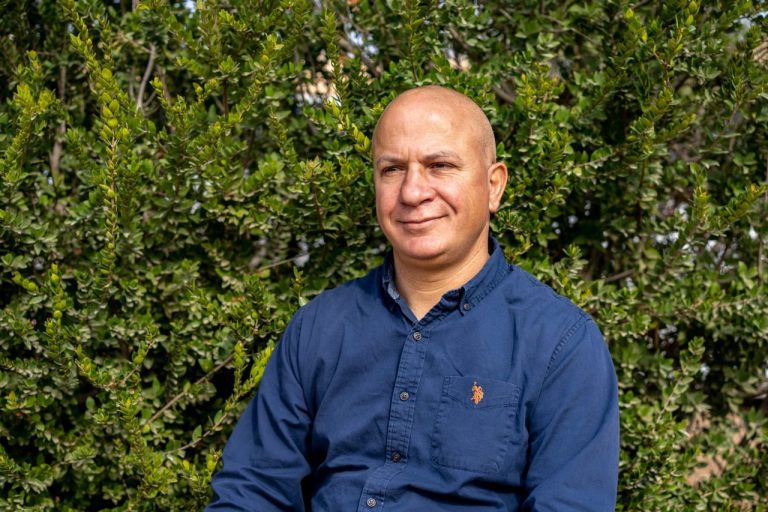