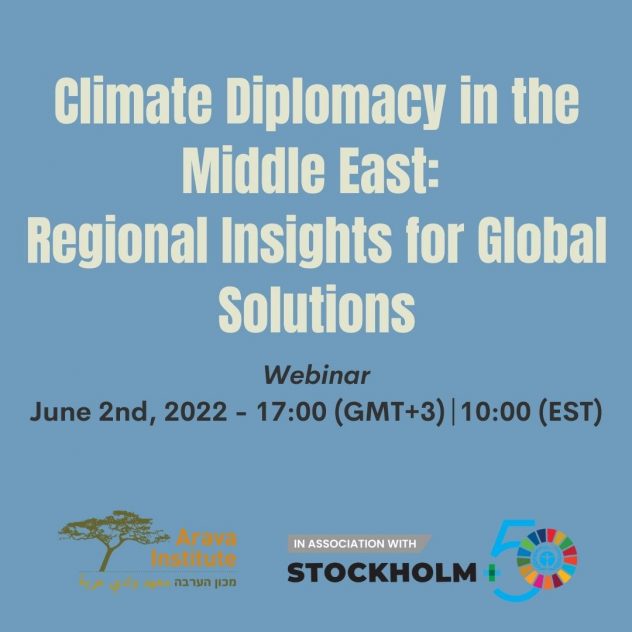 Cross-sector and cross-border cooperation is essential to creating a healthier and better future for the planet. In June 1972, the United Nations Conference on the Human Environment in Stockholm marked the beginning of a new era of global cooperation on various environmental issues.

Economic growth, environmental health, and personal well-being were not always perceived as intertwined. The Stockholm Conference in 1972 changed that. During what was until then considered the leading international meeting on the environment, 113 countries joined forces to adopt principles for the proper management of the environment. The results of the conference – the Stockholm Declaration and the Action Plan for the Human Environment – sparked for the first time a dialogue between industrialized and developing economies, pointing to the link between environment, poverty and development.

Fifty years later, at the beginning of June this year, representatives of the countries returned to Sweden for the Stockholm+50 conference, and discussed ways of cooperating with each other to promote a sustainable future. The world has taken significant steps to protect the environment since 1972, but at this moment of climatic crisis, Stockholm+50 is designed to lead a new and necessary impetus to environmental awareness and action for the next half century.

At the same time and as part of the central conference in Stockholm, various organizations, including the Arava Institute, were invited to host events around the core issues of the conference. The Arava Institute’s Climate Diplomacy in the Middle East webinar focused on environmental-climatic issues at the regional level in the Middle East, as well as insights from our experience in regional cooperation, which may be beneficial to other conflict areas in the world. The webinar was hosted by the Arava Institute’s Track II Environmental Diplomacy Forum. The purpose of the Track II Forum, established in 2016, is to combine a scientific understanding of climate change with a political, economic, and strategic analysis of national, regional, and international influences, in order to equip policymakers with proven actions and policies. The forum’s projects offer solutions to concrete environmental problems, as well as demonstrate feasibility and build methodologies and strategies that can be emulated at other sites. 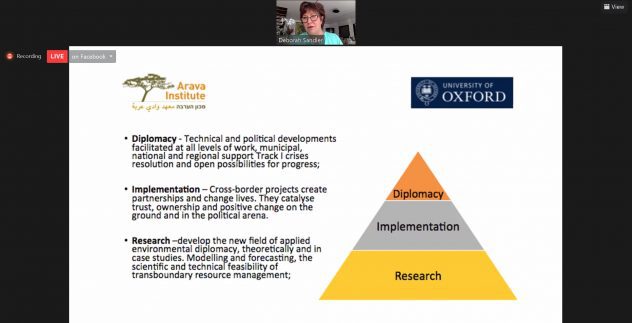 The webinar included contributions from scientists, researchers, and social activists – our partners in our journey and work in the area. The following is a summary of the lectures of two of the speakers, which illustrate the comprehensive solutions to be pursued in the field of climate:

Ribhy Sheikh is an engineer who headed the Palestinian Water Authority, and was a Gaza Water Policy and Rehabilitation Adviser in the Palestinian Prime Minister’s Office. He spoke to us from his office in Gaza. Sheikh pointed out the severe water shortage in Gaza, and its water quality problems. Due to lack of adequate treatment, sewage is discharged into the sea, and causes continuous pollution of the sea and water sources. The lack of electricity in Gaza exacerbates the situation, and there is not enough available energy for pumping and transporting water. According to Sheikh, technological solutions are important, but not enough. In-depth solutions to Gaza’s economic woes must be promoted, i.e. the opening of borders to trade and traffic, which will enable an increase of its residents’ income. This is the only way towards progress in the humanitarian field, and to improve the sanitary-environmental situation in Gaza.

Ala’a Obeid, an Arava Institute alumna, was born in East Jerusalem. She holds a bachelor’s degree in Environmental Science from Hebrew University, and a master’s degree in water resources from the University of Cologne. During her work at the Galilee Association, she focuses on social and environmental justice and the building of climate resilience among Arab communities in the Galilee. In her lecture, Obeid described her work process, which is based on an in-depth understanding of the needs of underprivileged Arab communities within Israel, with the involvement of a variety of stakeholders within the community. Subsequently, specialized programs are designed, aimed at strengthening the community, and supporting its members so that they can represent themselves in front of Israeli institutions. The final step is to present solutions and results of government plans, thus influencing policy planning at the various state levels. Obeid spoke about the struggle for equality in the planning field – since currently there is severe inequality between Jewish and Palestinian communities within Israel.

It was an honor to take part in the Stockholm+50 conference, and contribute based on our experience in promoting environmental cooperation at the regional and global level!