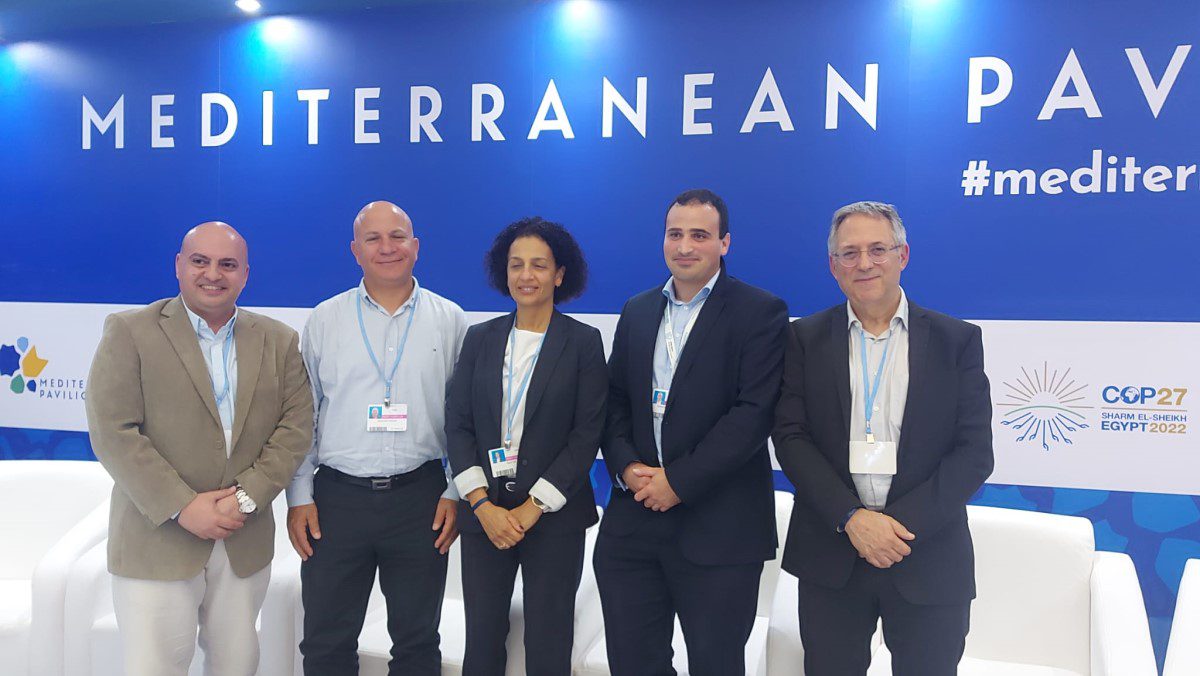 The Institute co-hosted two major panels on our cross-border Track II diplomacy work. The first such panel was on Applied Environmental Diplomacy and hosted by the Arava Institute and the Oxford Martin School of Oxford University in the Mediterranean pavilion.

The panel, moderated by Dr. Suleiman Halasah, discussed data to evaluate transboundary resources between Jordan, Israel, and Palestine and investigate scenarios of regional cooperation and resource use with climate change.

The project has an evidence-based approach including the modelling and forecasting of energy and water. The project includes Track “1.5” engagement of (former) senior officials with the ability to understand and influence track one national and regional policy processes. The data gathering is very robust and includes shared data in jurisdictions whose data were unknown to each other until now.

The group is working to develop and promote a new narrative on national security and environmental risk and the promotion of regional cooperation over resource management.

Key finding: The data and modeling show that the benefits of regional cooperation far outweigh relying on each countries’ own resources independently.

In the energy sector, each country struggles separately to meet their renewable energy targets. Modeling results show that to achieve net zero in the region by 2050, collaboration is essential. Further, in the energy sector, such cooperation is more efficient in terms of financing and energy.

In the regional assessment of water resource development and demand, today through 2030, regional cooperation also reaps clear benefits.  While Israel has surplus supply through 2030, Jordan faces deficits by 2030. In the Palestinian Authority, the picture is more severe. While there is a current balance, by 2030 supply is projected to be slightly over half of demand due to population growth, planned agricultural growth, and assuming personal needs are met more.

Alternative scenarios for reducing deficits including a regional move toward increasing the use of treated wastewater for agriculture and revisiting targets for agricultural growth. Desalination will also be an important part of a solution. Using a regional cooperation model, deficits across the region are reduced. Importantly, regional action also increases the “solution-space” for addressing deficits and dealing with the impacts of climate change.

Concerns have been raised regarding the applicability and implementation of the models.  The models are mainly until 2030 which is very soon. Even with cooperation, the region is still facing water deficits. Huge investment is needed, which is a challenge overall and especially in a conflict zone. On top of that, only the lower part of Jordan River basin is covered in this model. True water modeling must ultimately include the whole basin, including Lebanon and Syria.

Lastly, the team must convince politicians to move in this direction. Panelist Dr. Shadad Atili:

“Where politicians aren’t speaking to each other, the data speaks for itself, but my question to my colleagues is how to package the results and figures to the politicians.”

Atili recommended addressing the conflict but also to try to de-politicize water and energy from the political context.

In closing, the continuation of the project and next steps include sharing models with modeling professionals in ministries in all three countries and policy engagement at decision-making levels. The team stressed that enlightened national self-interest and building trust must be built at the same time to successfully advance cross-border cooperation at such a macro level. The establishment of a relationship of mutual interdependence is risky and includes a huge sense of vulnerability, but with much to gain.

Our second panel on “Climate Diplomacy in Conflict Situations” was co-hosted by the Institute’s Track II team with the Ministry of Regional Cooperation in the Israel pavilion.

“Track II lays the basis for human and environmental dignity by treating all players as equal and all with equal rights to the basin and its resources. Track II raises the rights of the natural environment to the level of human rights to protect it for future generations, thereby increasing environmental sustainability and success.”  Dr.  Tareq Abu Hamed

The panel comprised of academics and practitioners from Palestine, Israel and Jordan, highlighted concrete accomplishments of on-the-ground projects as well as the macro-level project of the Track II – Oxford team that was detailed in the panel described above.

“We must be just and fair with each other to find solutions.”  Dr. Suleiman Halasah

In conclusion, an important point on the hope of regional cooperation despite the challenges. While these projects are small-scale and localized, they also serve as proof of concept of the benefits of cooperation. 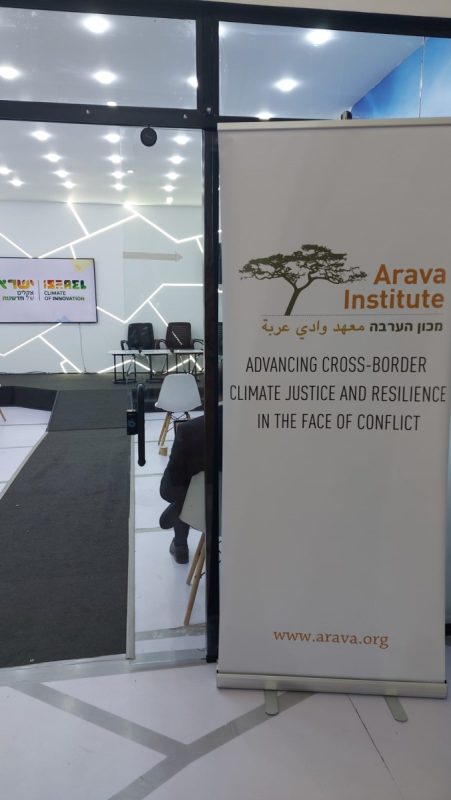