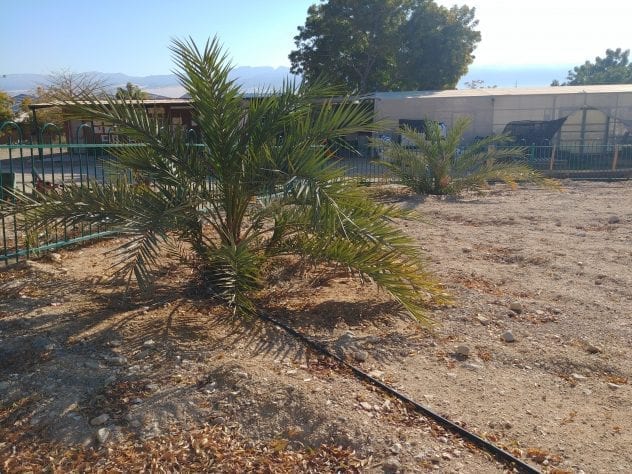 On August 23rd, 2021, Arava Institute staff harvested three bunches of dates from our world-famous ancient date palms. This is the second year of harvesting fruit from this previously extinct tree, brought back to life by Dr. Elaine Solowey. 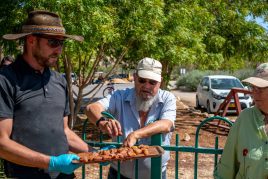 This year’s harvest from Hannah produced almost 700 dates (after 111 during last year’s first harvest), which were pollinated by Methuselah and two other ancient date palms named Adam and Jonah. The dates’ flavor is similar to medjool, semi-dry with honey tones.

These unique dates are currently being kept cool in storage. Later this fall, the Arava Institute plans to offer a limited number of dates for sale at the Kibbutz Ketura guesthouse.

You can view our live recording of the harvest here.

Hannah was sprouted from a 2,000 year-old seed, and pollinated by another Ancient Judean date tree. Dr. Elaine Solowey, director of the Center for Sustainable Agriculture of the Arava Institute, and Dr. Sarah Sallon, director of the Louis L. Borick Natural Medicine Research Center of Hadassah Hospital, harvested these ancient dates in the culmination of an ambitious, decades-long experiment to raise the biblical-era Phoenix dactylifera – date palm – from the dead.

During Yigal Yadin’s excavations of Masada in the mid 1960’s, ancient date seeds were discovered beneath rubble at the Northern Palace approach. After being kept in storage for over 40 years, a project initiated by Dr. Sallon, aimed to germinate ancient seeds found on archaeological sites in an effort to reintroduce extinct plants previously grown in the region. As part of this endeavor, Dr. Solowey succeeded in germinating one of these ancient date seeds in 2005, initially thought to be botanically impossible. Dubbed Methuselah it was the oldest seed ever grown attracting wide international attention. 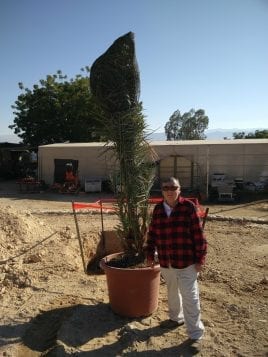 After the successful germination of the first seed, Dr. Solowey and Dr. Sallon took to replicating the experiment. 32 additional intact seeds were chosen, out of which 6 sprouted. The seeds were germinated by warming and hydrating them slowly and gradually. They were then dosed with Gibberellic acid, a growth-promoting plant hormone, and enzymatic fertilizer.

In early 2019, three of the six trees named by Dr. Solowey Adam, Jonah and Hannah were moved out of their greenhouse home to be planted outdoors at the Arava Institute’s Daniel Fischel & Sylvia Neil Research & Visitors’ Park.

The first tree, Methuselah, was discovered to be male. Luckily two of the subsequent 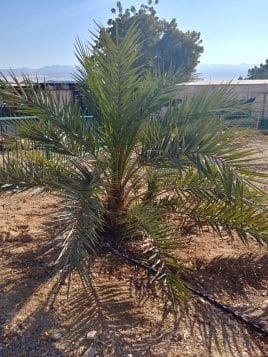 trees were revealed by DNA testing as females, and one of them, Hannah, has borne one bunch with 111 dates, which were harvested in early September. Some of the fruit were tasted, and some were sent for further research.

The experiment seeks to rediscover the origins of the historic date palm population and confirm the date seeds’ long-term durability, while shedding light on ancient cultivation techniques that nurtured this unique fruit and exploring its potential relevance for modern date agronomy.

To read the full paper on Origins and insights into the historic Judean date palm based on genetic analysis of germinated ancient seeds and morphometric studies by Sarah Sallon et al., please refer to Science Advances.

Methusaleh and all the ancient date trees can be visited by contacting Keren Kolot. 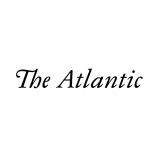 After 2,000 Years, These Seeds Have Finally Sprouted

“Their names are Adam, Jonah, Uriel, Boaz, Judith, and Hannah, and their ages are – well, actually, this one’s a bit complicated.”

“A handful of date seeds from fruit that ripened around the time of Jesus have been successfully planted and grown in southern Israel, researchers have revealed.”

“The world’s most remarkable date palm trees might not exist if Sarah Sallon hadn’t gotten sick while working as a doctor in India in 1986. Antibiotics didn’t help. What cured here, she thinks, were some traditional herbal remedies.” 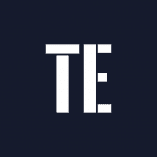 “The date palm has a historical distribution stretching from Mauritania in the west to the Indus Valley in the east. Archaeobotanical records suggest that the earliest exploitation and consumption of dates is from the Arabian Neolithic some 7000 years before the present.” 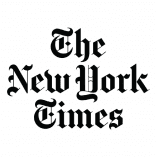 Aided by Modern Ingenuity, a Taste of Ancient Judean Dates

“The plump, golden-brown dates hanging in a bunch just above the sandy soil were finally ready to pick.” 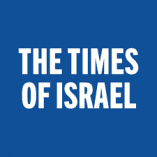 My date with history… and hope

“The answer, I’m happy to say, is sweeter than you think. And it is blossoming on Kibbutz Ketura in the Arava region, 40 minutes north of Eilat. Yes, the New York Times just broke the story of the children of Methuselah and Hannah, biblical date trees (that didn’t meet on JDate) with some impressive history and something to teach at this perilous time as a lead up to the Jewish New Year.” 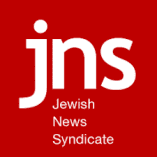 “Just 30 miles north of the Red Sea, in the Negev Desert, scientists from the Arava Institute for Environmental Studies travelled back in time two millennia, becoming the first people to pick and sample dates from trees with roots stretching back to the days of Jesus and the Maccabees.” 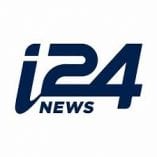 “Dr. Elaine Solowey, Desert Plant Pioneer, successfully grew an extinct Judean Date Palm tree from a 2000 year old seed. This week the Arava Institute celebrated the first Judean Dates ever to be grown into fruit since the time of King Herod.” 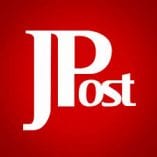 “They were given Biblical names: Adam, Boaz, Hannah, Jonah, Judith and Uriel. Judith and Hannah were female, but only Hannah flowered. In March of this year, she was pollinated using pollen from Methuselah. Eventually, Hannah produced 111 dates weighing between 15 and 18 grams each. These semi-dry dates with a reddish blonde color were recently harvested. Most of the dates will go to research, but those that were tasted had, as Dr. Soloway said, “a honey or caramel aftertaste.”” 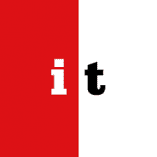 ““Methuselah is a date palm that Dr. Elaine Solowey sprouted from a 2,000-year-old date seed. This seed, among others, was found during the excavations of Masada in the mid 1960’s. In 2005, several of these seeds were obtained by the Louis L. Borick Natural Medicine Research Center of the Hadassah Medical Organization, which gave them to Dr. Elaine Solowey at the Center for Sustainable Agriculture. Dr. Solowey successfully germinated one of these seeds, which sprouted into a young date palm … today, Methuselah has a permanent home in the Arava Institute research park on Kibbutz Ketura. In the future, the hope is for Methuselah, a male tree, to be bred with a female to produce the same date variety eaten commonly in ancient Judea, where it was valued as much for its delicious flavor as for its medicinal properties.״” 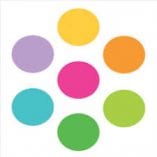 Date Seeds Unearthed From the Time of Jesus Are Revived, Adding Fruit to Jewish, Arab Unity

“We all know the resurrection story from 2,000 years ago described in the pages of the Christian bible. Recently, a restoration of life, in a sense, took place in the Holy Land—but with 2,000-year-old dry date seeds from the same region where the religious legends began.” 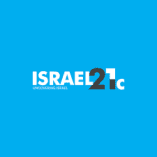 “Mazal tov to Hannah and Methuselah on their 111 miracle babies! The proud parents are date palms grown from ancient seeds uncovered in archeological excavations in Israel.” 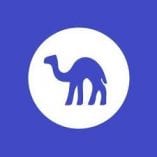 What do 2,000-year-old Ancient Judean Dates taste like? Israeli scientists found out

“Not as sweet as the Medjool date, not sticky at all, and with a pleasant honey aftertaste is how Dr. Sarah Sallon describes the taste of a date sprouted from a 2,000-year-old seed.”

“So what do 2,000-year-old dates taste like? According to the researchers, they look similar to the Medjool date, but have a sweeter, honey-like flavor. In coming years, the team hopes to increase the size of the grove (and the yield) so that more people can give them a try.” 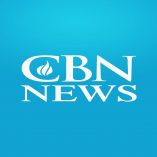 “In the middle of Israel’s Arava Desert, a farming community is bringing trees back to life that’s bearing fruit from the time of the Bible. A little, young-looking palm tree named Judith was planted on Kibbutz Ketura recently.  And though she’s just nine-years-old, she carries an ancient heritage.”

The Sweet and Sticky History of the Date

“It’s possible to divide the world in two: the part that venerates the humble-seeming fruit known as the date, and the part that does not. The part that does is home to hundreds of millions of people, from the Atlantic coast of Morocco across North Africa and Egypt to Mesopotamia and east to India.”